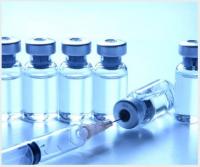 No medicine is hundred percent free from side effects. Even those that are considered ‘generally safe’ aren’t any safer in some cases. The same is true with vaccines. On the official documents obtained from the UK Department of Health (DH) and the  Joint Committee on Vaccination and Immunisation (JCVI), it was revealed that the for over 3 decades, the UK authorities have been covering up critical information on the health risks associated with vaccines to comply with the national vaccination program.

What they’re not telling us

Science teachers used to tell students the importance of taking necessary vaccines. Vaccine is one way to protect a person from incurring a disease which might be caused by a virus or bacteria. Even babies are vaccinated as a preventive measure against a wide range of illnesses, particularly those that can be transmitted. Nonetheless, vaccines may potentially harm a person and its effects can be fatal. For instance, in 2009, 21,000 doses of the meningitis C vaccine from GP clinics around the UK have been withdrawn after the authorities found out that some doses may have been contaminated with a blood-poisoning bacterium. And even if the vaccine manufactured has passed quality control, it doesn’t mean it’s already safe. Some people develop serious reaction against vaccines that lead to a serious health condition, even death of a healthy person.

In her report, Lucija Tomljenovic, PhD from the University of British Columbia in Canada presented evidences that the JCVI has been withholding information to the public about the dangers of vaccination. According to her, many children have been vaccinated without their parents knowing the critical information related to the risks and potential side effects of vaccines. Even to health practitioners, the same was not disclosed.

Tomljenovic reviewed the transcripts of the DH and JCVI from 1983 to 2010 regarding the official vaccine program. She found that after conducting research on the safety of vaccination, the DH and JCVI neither took action nor re-examined the existing policies. For instance, although the JCVI has found significant evidences that linked measles vaccines with the adverse side effects that may happen to people including death and long-term neurological problems, the agency did not disclose some critical facts about it. They did not include in their published report that in 1970, 60 patients were involved in vaccinations where 8 died, 16 had permanent health damage, and 36 apparently recovered.

Some of the information that speaks of the downsides of vaccination were eliminated from their reports and weren’t disclosed to the public. Tomljenovic also observed that the authorities downplayed the safety concerns over vaccinations while over-emphasising their health benefits.

Vaccination as a medical intervention should be carried out with the full consent of those for which they are made, explained Tomljenovic. It therefore necessitates the need to objectively inform the subjects of its risks and benefits, as well as the alternative course of treatment. The failure to disclose critical information is, according to her, has violated not only the International Guidelines for Medical Ethics but also the JCVI own code of policy.