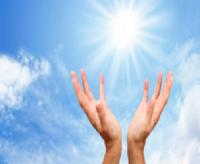 In a new study published in the Journal of Allergy and Clinical Immunology, it was found that ultraviolet (UV) light increases the level of vitamin D in the body and promotes healthy cells which care responsible for keeping the balance in the immune system.

Vitamin D is an essential nutrient that is necessary for cell growth and proper absorption of calcium in the body. Only 10 percent of vitamin D that people get comes from food sources, while the remaining 90 percent comes from sunlight, through the UV rays. There have been several studies that linked vitamin D deficiency with autoimmune disorders like multiple sclerosis (MS). This link could be the reason why there’s a prevalence of autoimmune disorder in colder countries, like the UK.

The study, which was carried out by a group of researchers from the University of Aberdeen involved patients suffering from MS. The participants went through artificial UV-B light therapy to treat their skin problems which was shown to have been caused by poor immune system. The amount of light that they received was equivalent to sunlight exposure during summer and spring.

The researchers looked at the effects of the therapy on the vitamin D levels of the patients, and in the regulatory T cells which prevent the immune system from executing responses that could harm the body. In previous studies, it was found that the T cells are also enhanced with sufficient amount of vitamin D.

The research was held in Scotland which has the highest MS prevalence rate in UK.

According to Dr. Anthony Ormerod, a clinical reader in Dermatology at the University of Aberdeen, their study only shows that UV-B light, which mimics the effects of sunlight, could positively benefit people who are having issues with their immune system. Autoimmune disease refers to a wide range of health problems that happen when the immune system reacts with its own tissues and or other harmless substances that enter the body.

The researchers explained that the results of their study could contribute to the future interventions which include recommending healthy lifestyle and vitamin D supplementation or phototherapy to help MS patients and prevent many other types of autoimmune diseases. They added that with small amounts of UV-B light, patients can benefit from the therapy. However, they also warned that too much sunlight can expose the skin to certain risks, including cancer.

Dr. Helen Macdonald, senior lecturer in nutrition and translational musculoskeletal research and Chair of the National Osteoporosis Society Nutrition and Lifestyle forum, pointed out that more research has to be done to determine the role of vitamin D supplementation and sunlight. She added that these therapies do have risks too so keeping the balance is important.

Furthermore, the researchers discouraged the use of sun beds to boost vitamin D as this therapy has known health effects due to radiation. The biggest development of the study however, is that it’s the first to establish a cause-and-effect relationship between vitamin D, UV light, and autoimmune diseases, explained Professor Mark Vickers, Chair in Applied Medicine at the University.