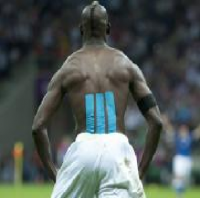 If you’re an avid fan of sports, you must have noticed many athletes with stick-tapes on their body. Some place it on their back, like Mario Balotelli, an Italian striker in the Euro 2012 Championship. Some have it on their elbows, like the Serbian tennis player Novak Djokovic at Wimbledon. But what are those tapes for? Are they simply a sporty fad or are they something else?

While it seems like a new idea, the sticky tapes used by athletes today have been around since the 1970s. It was developed by a Japanese chiropractor Dr Kenzo Kase. He came up with the sticky plasters to make an alternative for the conventional strapping, which he thinks was too restrictive for his patients. Because the strapping provides support for the muscles and joints, it restricts the flow of inflammatory fluids below the skin. On the other hand, the sticky plaster lifts the skin which in turn, reduces swelling and pain.

Although athletes have been using them for over 30 years now, Dr Kinesio admits that there’s no concrete scientific evidence that proves the health benefits of using the sticky plasters. However, he pointed out that there are many people working on a research about the therapeutic effects of the tapes, such as the Kinesio Taping Association, which is operating for 5 years now.

John Brewer, a sports professor at the University of Bedfordshire, believed that it’s more of a placebo effect, meaning it works because athletes think it does. He explained that there’s no firm scientific study that shows how it impacts performance or prevents muscle injuries. The power and stress going through the joints are immense, he said. He is sceptical as to whether the light plaster has the ability to suppress that.

Philip Newton, physiotherapist and director of Lilleshall Sports Injury Rehab also agrees with Brewer. For him, the therapeutic benefits of the Kinesio tape are more of a placebo effect. ‘The placebo effect is not fully understood but it is generally accepted that any treatment/intervention will elicit a placebo response which has complex cultural and contextual elements.’ he said. He also thinks that using bright and visible colours unlike the traditional straps is part of the reason behind the success of this multi-million pound business. It works like a badge of honour, Newton added. Before, athletes used to hide the straps to conceal potential areas of weakness but today, it’s the opposite with Kinesio tapes.

Still, many physiotherapists are prescribing the use of Kinesio tapes. Gavin Daglish, a physiotherapist at Mike Varney Physiotherapy in Harlow, Essex found it to give fairly good pain relief for his clients. He recommends the use of tapes for most of his clients who in turn, give positive feedback. Daglish said it works to allow the proper flow of the lymphatic fluid and reduces the friction between the skin and tissues. It also takes away the tension from some muscles, he added. Daglish is aware that there’s no firm scientific evidence for the therapeutic effects of Kinesio tapes but he believes that the elasticity of the plaster, allows it to slightly lift the skin and promote blood circulation, even just a little.